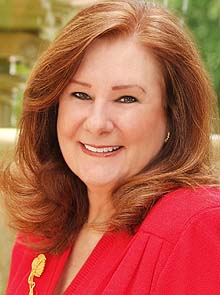 Popular romance writer, Joan Johnston, has an eclectic past. She has been an attorney, newspaper editor and critic, a theatre director, and college professor. She loves to travel to research her novels. She has been to England and Scotland for her Captive Heart series. She has also traveled to Tahiti, Australian and Bali gathering inspiration and information for a WWII novel she hopes to write.

She is a member of the several writers’ groups including the Authors Guild, Novelists, Inc., International Thriller Writers and Romance Writers of America. She lives in Florida just minutes from her daughter, son-in-law and grandchildren. Her son, a writer, lives in Seattle.


Sisters of the Lone Star

Man of the Month