Fit to Be Tied — Joan Johnston 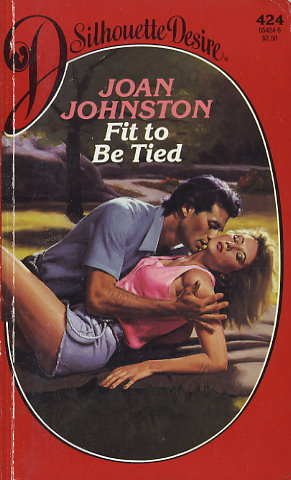 Jenny Smith thought magazine critic Matthew Benson belonged in the Neanderthal era. Hadn't he written that women's equality was a dead issue? But she had a plan. All they had to do was tie themselves to opposite ends of a rope for thirty days without touching, and she would show him that the sexes could be separate but equal.

Matthew Benson thought Jenny Smith's ideas were outrageous. She even believed that a man should do his own laundry! Still, he finally agreed to her project, certain their time together would change her mind. But instead he found himself hoping there was a chance their temporary ties could become permanent.