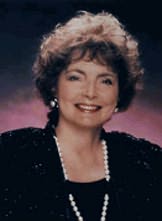 Historical romance writer, Cassie Edwards has published over 100 novels. She began writing romances in 1982. Her earlier novels were written as classical historical romances, but the majority of her novels feature Native American tribes. Perhaps this is attributed to the fact that her grandmother was a full-blooded Cheyenne. She vastly enjoys researching the tribes she features in her books. She is attempting to eventually write about every major tribe in North America.

Edwards is a Romantic Times Lifetime Achievement Award winner and has been named one of Affaire de Coeur’s favorite romance writers.

Cassie and her husband have been married for over 50 years and have two sons. The Edwards live in Mattoon, Illinois, her hometown.