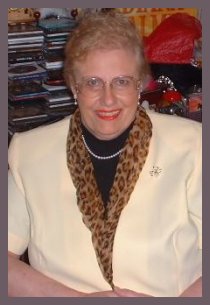 Susan Eloise Spaeth was born on 12 December 1946 in Cuthbert, Georgia, USA, the eldest daugther of Maggie Eloise Cliatt, a nurse and journalist, and William Olin Spaeth, a college professor. She was a former newspaper reporter, with sixteen years experience on both daily and weekly newspapers. She married James Edward Kyle in 9 October 1972, they had a son, Blayne Kyle. She lives in Cornelia, Georgia.

Susan published her first romance novels in 1979 as Diana Palmer, al also her first science fiction novel, 'The Morcai Battalion', in 1980 as Susan S. Kyle. In the 1980's, she also used the names of Diana Blayne, Katy Currie and Susan Kyle (her married name). Today, renowned as one of North America's top ten romance writers, she has over 150 books in print. She has written contemporary romances as well as some historical romances.


Men of the Hour

The Case of the Confirmed Bachelor (Jun-1992)


Men of the Year