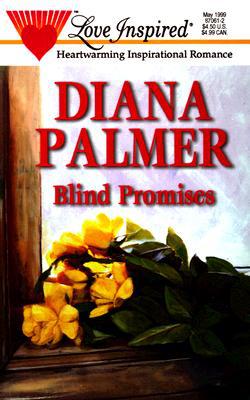 SHE WAS THE LIGHT OF HIS WORLD

Dana Steele loved her work. Her career in nursing had brought her great joy, a joy she tried to share with all her patients. Yet in all her years of caring for the sick, she'd never met a patient quite like Gannon van der Vere.

Gannon had been temporarily blinded, and despite her hours of prayer, kindness, and sheer persistence, Dana couldn't penetrate his wall of darkness. But in this case, Dana had made one mistake - she'd fallen in love with her patient. And now the only remedies were a gram of faith and a heart full of hope...
Reviews from Goodreads.com

Gannon was a JERK!!! He screamed and cursed at Dana. He shoved her into a table (abuse). He 'forced' himself on her. He forced her to kis him...DEMANDING her too! It was all about Gannon...He was a selfish, spineless, class-A jerk! He used God's name in vain many times and was obviously a playboy. I'm sure he had many sexual experiences outside of his marriage, including his ex-girlfriend!

Dana...What can i say about her? She was STUPID!!!!!!!! HOW could she fall for a man who was verbally, physically, emotionally, and sexually abusive to her? Yes - sexually since he was forcing her to kiss him!!! I rolled my eyes when I read that she loved him. WHY??????

And outside of cursing, God wasn't really mentioned. I seriously doubt He played any part in Gannon's life. He may have played a 'small' part in Dana's life.

Oh, and I almost threw the book when Dana was confessing her undying love and devotion to Gannon at the end. She'll move in and sleep with him every night anyways - even if he doesn't marry her?????? OHMYGOSH!!! My mouth popped open at that!!!!! That was so wrong in so many ways. She had no pride - no morals if she would stoop that low for a jerk like that!!!

Throw this book away. DO NOT BUY THIS BOOK unless you are into the non-Christian romance and enjoy an over-bearing man who treats a woman like a piece of meat...