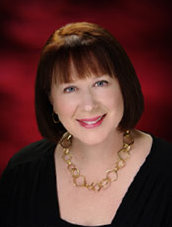 Susan was studying to be an accountant when she signed up for a "How To Write a Romance Novel" class. She began her first novel that day and is now the New York Times best-selling author of over 100 romance and women's fiction books. Her fun family stories consistently appear on the USA Today bestseller list, and she has won many awards, including the prestigious National Reader's Choice Award.

Susan makes her home in the Pacific Northwest with her husband and toy poodle.


Millionaire of the Month