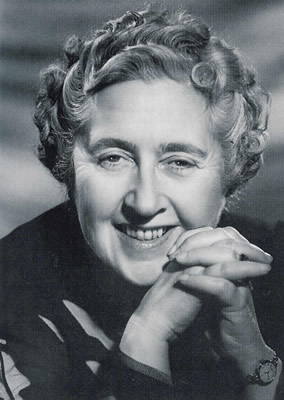 Agatha Christie is the bestselling author of all time. Her first novel, The Mysterious Affair of Styles, was the first to feature her iconic character, detective Hercule Poirot. Christie also created her other famous crime-solver, Miss Jane Marple. Miss Marple has appeared in twelve of her novels and twenty short stories. Both Poirot and Marple have been widely featured in films and television including Murder on the Orient Express and Death on the Nile.

She sold over 2 billion novels that have been translated into over 45 languages. Christie wrote 80 novels and short story collections as well as a dozen plays. Her play The Mousetrap is the longest running play in theater history. She dabbled in nonfiction, writing some poetry as well as an autobiography. Christie also wrote 6 romance novels under the pseudonym Mary Westmacott. She died in 1976.