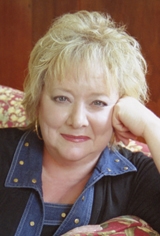 Chery Griffin was born in 1965, she grew up traveling the country as an Air Force brat, but now is settled in Omaha, Nebraska, with her husband, two teenaged children, and a bearded collie named Sam. She has spent much of her life with a microphone in one hand and a photographer by her side, because she was an award-winning television reporter, who covered presidents, the Pope and movie stars, until she discovered fiction was much more fun than real life. Published since 1995 as Victoria Alexander, she turned to writing full time and has never looked back. In 2009 she received the Career Achievement Award from RT Bookclub. She firmly believes housework is a four-letter word, there are no calories in anything eaten standing up, procrastination is an art form, and it's never too soon to panic.

The Legend of Nimway Hall