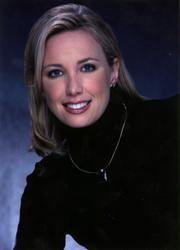 Kresley Cole was graduate student in English and a former world-ranked competitive athlete. While she was working on her Masters degree, she spent a great deal of time doing research in the library. That research eventually appeared in her manuscripts. Her first romance novel was published in 2003, and since then, she has continued to publish historical and fantasy romances, and has seen her releases translated into more than eighteen foreign languages and been on the New York Times and Publishers Weekly bestseller lists. In 2007, she won the prestigious Romance Writers of America RITA award for best paranormal for her novel A Hunger Like No Other, and in January 2009, she became a #1 New York Times and Publishers Weekly bestseller with her sixth IAD installment, Kiss of a Demon King. In 2010, Kiss of a Demon King earned Kresley her second RITA award. 2011 brought Cole her second #1 NYT bestseller with Dreams of a Dark Warrior.

She lives in Florida with her husband and far, far too many animals. She spends any free time traveling and enjoys all things related to boats and water. She has traveled over much of the world and draws from those experiences to create her memorable characters and settings. Two of her favorite places to visit include the rain forests of Central America and the Queensland area of Australia.