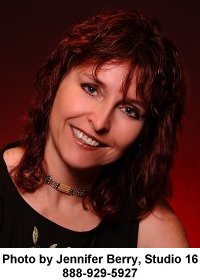 Maggie Shayne was born near Syracuse, New York. As a child, she enjoyed writing and telling stories. Her first novel was developed in her head as she was trying to comfort a sick baby. Days later that first manuscript had been transferred to paper by longhand. Realizing that in order to submit her novel to publishers she needed a typewriter, she took a job watching a neighbor’s horses to earn the money. Three unsold manuscripts later she heard that Harlequin was launching their new Shadows line – a perfect fit for her paranormal romances. Shayne’s Wings in the Night series was so popular that Silhouette asked her to continue the series even after the Shadows line ended.

She has been on the New York Times bestseller list and has published over 50 novels. She won the RITA in 2005.

She lives in a 100-year-old farmhouse named “Serenity” in Cortland County, New York. Shayne is also a Wiccan high priestess and dog owner.


Wings in the Night


Wings in the Night: Reborn