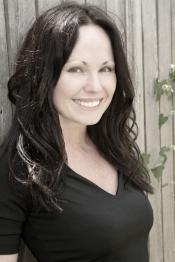 Oklahoma-born novelist, Gena Showalter was an avid romance reader when she decided to write her own books. Her first novel was published in 2004 at the age of 27. She is a New York Times and USA Today best-selling author of contemporary romance, paranormal romance and young adult novels, including her popular Lords of the Underworld and Alien Huntress series. Her stories are a page-turning mixture of danger, humor and steamy sensuality set in exciting and fantastic places.


Angels of the Dark


The Forest of Good and Evil


Lords of the Underworld


Rise of the Warlords


Tales of an Extraordinary Girl