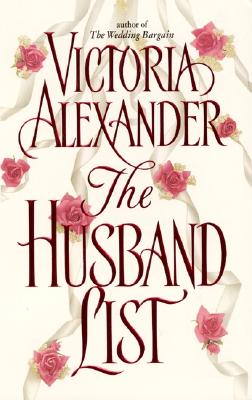 Against her better judgment, Lady Gillian Marley needs to find herself a husband--and quickly. To claim her uncle's unexpected bequest she must marry by her next birthday, which leaves only two months to find a malleable mate. Topping her list of eligible candidates is the honorable Earl of Shelbrooke, yet one look at the very handsome but enigmatic nobleman and Gillian knows that cajoling him into a marriage of convenience will be hardly convenient at all.

A Marriage of Inconvenience

Far from immune to Gillian's entrancing charms, the last thing Richard Shelton is about to bind himself into is a chaste marriage. Though the inheritance is more than and tempting, Richard knows the lady herself is the real prize and isn't about to allow Gillian to deny the burning fervor that sparks between them. Now he has only two months to convince her to be his wife in full ... before his mysterious secret is revealed and their lives explode irrevocably into scandal.
Reviews from Goodreads.com

Review from The Romance Reader:

The widow Lady Gillian craves independence, and the only way she may obtain it is through an inheritance. The only catch, is she must marry by her next birthday--in two months time! What is a woman to do? Gillian decides to marry, in name only, and has a list of eligible bachelors made up. She asks Richard, the Earl of Shelbrooke to marry, and states her terms, but he will not have a marriage in name only. He wants Gillian, body and soul!

Determined to persuade Gillian to his way of thinking, Richard sets out to seduce her. Perhaps the key to her heart was not through the noble qualities that got him on her list. Richard decides a man of a more daring nature may be the way to her heart.

Richard uses a secret that he's kept from society to get to the proper Gillian. As the famious and mysterious painter, Etienne-Louis Toussaint, Richrd appears to Gillian, and gains her attention through his art, and seductive advances.

Gillian knows she is attracted to the charming Richard, but when Toussaint sweeps into her life unexpectedly, she is both charmed and alarmed. How could her body react to both mend in such a way?

This delightful story set in Regency England is truly a charmer. Full of laughs and unexpected twists and turns, it is a real page-turner. I especially love the scenes between Richard as Toussaint and Gillian. The best scene in the book is when Gillian goes to the artist and proceeds to try and seduce him. Richard is left wondering, does Gillian love him as Toussaint or as himself?

A moderately wealthy widow arranges to marry an impoverished Earl who has a secret profession as an artist to get a large inheritance. Fun and a light read with not a lot of heat.