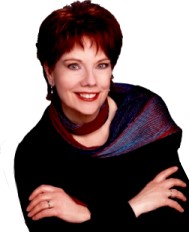 Jayne Ann Castle was born on March 28, 1948 in Borrego Springs, California. She obtained a B.A in History and a Masters degree in Library Science. After her graduation, she married with Frank Krentz, an engineer. She worked in the Duke University, when she published her first novels in 1979.

Now, Jayne Ann Castle Krentz with her seven pennames is considered a pillar in the contemporary romance genre. For some years, she only uses three pennames for each of three different periods from time: "Jayne Ann Krentz" (her married name) from the present, "Jayne Castle" (her birth name) from the future and her most famous penname: "Amanda Quick" from the past. She is famous for her work ethic, beginning her writing by 7 am six days a week. Her heroines never are damsels in hardships, they are often heroes. Her novels also contain mystery or paranormal elements.