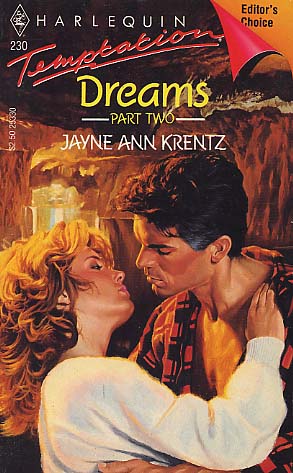 Pregnant! Diana Prentice knew she should be ecstatic - bearing Colby Savagar's child - but she wasn't. The idea of motherhood frightened her. Almost as much as the recurring dreams that told her she needed Colby...dreams that beckoned her back to Fulbrook Corners and its timeless legend.

Colby himself was haunted by visions of impending danger. He, too, was inexorably drawn back to his hometown. Somehow they both knew the key to their happiness lay in Chained Lady Cave, and that only when they conquered the dark forces of the past together would there be hope for their future .. . .