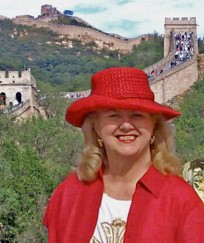 Merline Lovelace came from a military family. Her father served in the Air Force during World War II. Merline followed in his footsteps and joined the Air Force after college. She met her husband, a young captain at the time, on her second day of her first duty station. A short year later, her husband, Al, was ordered to Vietnam and Merline followed. This experience served as background for her book, Duty and Dishonor. After 23 years of service and achieving the rank of colonel, Merline Lovelace retired from the Air Force. It was then that she began writing. Today she is a bestselling and RITA award winner author.