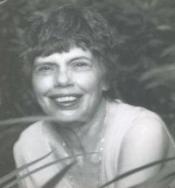 Mary Daheim received her journalism degree from University of Washington, after which she worked at a small newspaper. After marrying her husband, a professor, they moved to a small Washington town, where she became a reporter for the local paper. Daheim's early working background became integral to her Alpine series featuring heroine, Emma Lord. After also working in public relations, she began writing historical romances.

In 1991, Daheim began focusing her writing on mysteries. She's written over 55 novels which include her Bed and Breakfast series. She has received critical praise from many publications including Publishers Weekly. Her and her husband had been married for 43 years until his death in February 2010. She has three daughters and two granddaughters. They all live in Seattle.