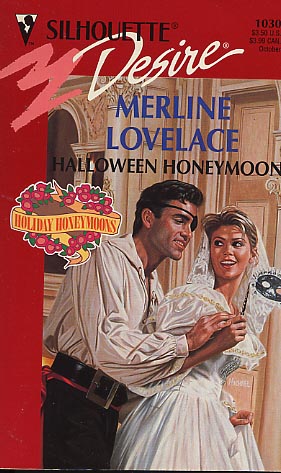 THE WEDDING WAS A SHAM.

Maybe "marrying" Josh Keegan wasn't the brightest thing Cari O'Donnell had ever done. But it was for charity-so if it meant spending a few hours in the arms of the handsome eligible bachelor, Cari was willing to make the sacrifice. Besides, it was all in fun ...right?

...BUT THE MARRIAGE WAS ALL TOO REAL!

When Cari found out that her "fake" wedding had really rendered her Mrs. Josh Keegan, her first reaction was to try to get out of it. But after seeing Josh in the light of day, she began to wonder if her make-believe marriage could ever turn out to be the real thing ....

HOLIDAY HONEYMOONS: Because when you combine holidays with weddings, something magical happens!
Reviews from Goodreads.com