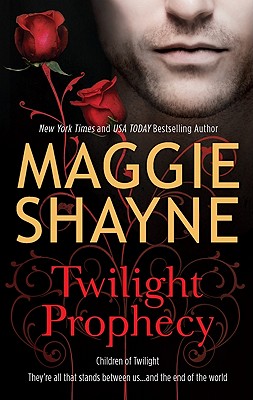 Share:
According to ancient prophecy, there's only one chance to avert the complete annihilation of the Undead. Twins James William and Brigit Poe, part human, part vampire, believe that they are that chance. In truth, the key lies with the reclusive -- and mortal -- scholar Lucy Lanfair.

As Armageddon approaches, antivampire sentiment fuels a war neither side can win, driving James to abandon his moral code and draw Lucy into a deadly battle she wants no part of.

But Lucy soon realizes that she holds this powerful immortal's soul in her hands and that it's her destiny not only to stop a war but to save him from his inner darkness. If she fails, his race will die -- and so will her heart. Is the power of love strong enough to save the world?