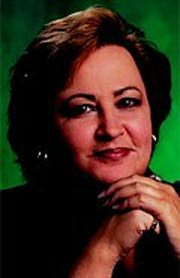 Kay Hooper was born in California in the late fifties. Shortly thereafter, the family moved to North Carolina where she was raised alongside her younger brother and sister. After graduating high school, Hooper attended Isothermal Community College. She quickly realized that business classes were not her interest. She began taking history and literature classes. Those classes inspired her take up her long held love of writing. She asked for a typewriter for Christmas and began work on her first novel. That book, Lady Thief, was a Regency romance that was bought by Dell Publishing in 1980. She was only 22 at the time. Since then, Hooper has published more than 60 novels.

Hooper lives in a very small North Carolina town with her beloved cats and dogs.


Men of Mysteries Past


Once Upon a Time