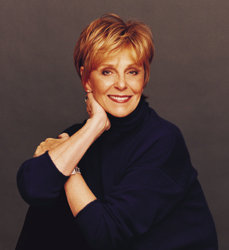 Judith McNaught was born on May 10, 1944 in San Luis Obispo, California. She majored in Business at Northwestern University and held many jobs before becoming a writer. Besides being an assistant director for a film, and comptroller for a trucking company, she was also the first female executive producer at a CBS radio station.

Her second husband, Michael McNaught, encouraged her to become a writer. Her first manuscript, Whitney, My Love, was published in 1986 after she had proven her worth with two successfully published novels. Those early novels did not adhere to the rules of Regency romances and she is credited with inventing the Regency Historical genre. McNaught was one of the first romance writers to receive a multi-million dollar contract. Her books have been on the NYT Bestseller List since 1988.

She lives in Texas and is actively involved in literacy, children’s and breast cancer charities.