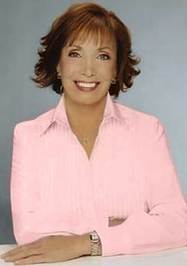 Kansas City, Missouri is the birthplace of romance novelist, Julie Garwood. She was raised in a large Irish family and is the sixth of seven children. A sickly childhood, resulted in frequently missed school. At the age of eleven, her mother realized that Julie was unable to read. A nun, Sister Elizabeth, who was also a math teacher, devoted her entire summer to helping Garwood become a reader.

While studying to be an R.N., Garwood decided to become a double major in history and nursing. After reading her essays, her history professor encouraged her to take a year off to write. She wrote a children’s book and her first historical novel during that time.

She married Gerry Garwood and they have three children. Her daughter is named after the nun who taught her to read. Garwood never intended to become an author, but after her youngest child started school she began attending writer’s conferences where she found an agent. The agent sold both the children’s book and historical novel. The publisher soon requested more historical romances.