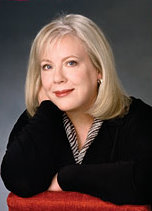 Karen was born on 24 August 1954 in Louisville, Kentucky, USA. She has been writing since she was a teenager. She sold her first short story at a very young age when she was published in the December 1973 issue of Reader's Digest. However, she did not sell her first romance novel until 1981, when she was 24. After that, she dropped out of law school to pursue her writing career. Today, a regular on the New York Times, USA Today and Publishers Weekly bestseller lists, among others, she is the winner of six Affaire de Coeur Silver Pen Awards for favorite romance author, as well as numerous other awards. She writes historical and contemporary romances.