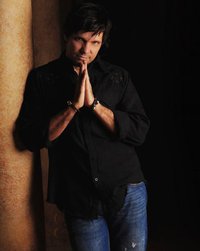 Ted Dekker has made a name for himself amongst fantasy readers. Originally involved in various entrepreneurial pursuits, Dekker began pursuing a career as a novelist in the early nineties.

After selling his business, he began writing full-time. Dekker is a New York Times Bestselling Author and his novels have sold over 5 million copies worldwide. He lives in Austin, Texas with his family.