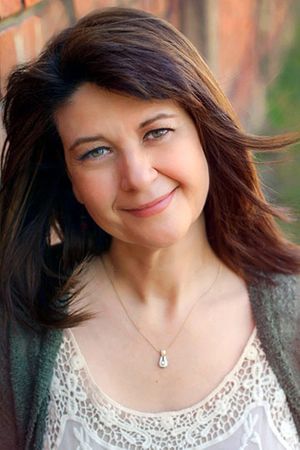 Laurie Blalock was born on 1958 in Texas, USA. She started writing at age eight. She credits her father, Fred Blalock, as the guiding force behind her career. She can't remember a time when she didn't want to write. She even went to nursing school so she could have a schedule flexible enough to allow her to write on the side. She nursed for 20 years, working in a variety of settings from the newborn nursery to the recovery room, to dialysis. But she never lost her desire to write. She sold her first book in 1994 as Laura Anthony, but later discovered she had a flair for comedy and branched out under the pseudonym Lori Wilde. She has achieved a lifelong dream and now pursues writing fiction full-time.

First married with Anthony Moeller, now she is married with Bill Vanzura, her own real-life hero. She continued living in her native Texas, with a red heeler/Australian shepherd dog, Cinnamon, and four ducks, Quacker, Big Guy, Affleck, and Sheepidy. She is an adventuresome, she traveled Europe as a teenager, hiked volcanoes in Hawaii, trod on glaciers in Alaska, shot white-water rapids, water-skied, snow-skied, raced all-terrain vehicles, bodysurfed in the Gulf of Mexico, and photographed grizzly bears in Yellowstone. She's taken flying lessons, rode in a hot-air balloon, completed two marathons, and performed with a professional jazz band. You can visit her web site: www.loriwilde.com or write to her at [email protected]