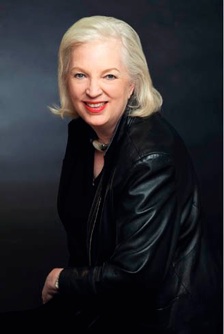 J.A. Jance was born October 27, 1944 in South Dakota and raised in Bisbee, Arizona. She was the first in her family to attend a four-year college. She graduated with a degree in English and Secondary Education. She also went on to receive her M.Ed. in Library Science. She briefly taught high school before becoming a K-12 librarian. Throughout college she wanted to be a writer, but was thwarted by a provincial professor who frowned upon female writers. Her first husband, an alcoholic writer, also dismissed her desire to write. After his death, she began writing again in the wee hours of the morning before the demands of single motherhood began for the day. In 1985, her first Detective Beaumont book was published. Since then she has remarried a wonderful and supportive man and become a successful author.


A Beaumont and Walker Novel