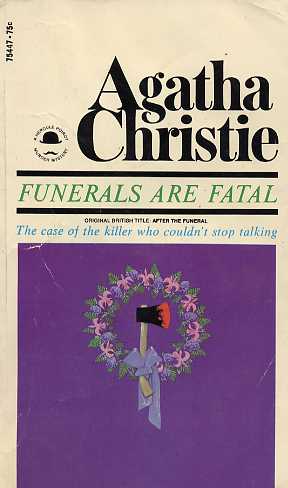 Richard Abernethie was dead, but none of his quarrelsome relatives was particularly sorry. They were certainly better off. For Richard's will made them all extremely rich!

But at the funeral a strange thing happened. Aunt Cora, a batty old art collector, suggested that Richard's death was not quite natural. The family seemed incredulous! Then the next day another corpse was found. Was it coincidence that it happened to be Cora?

Hercule Poirot, the famous detective, used a pet theory--"Let people talk long enough, and they'll always hang themselves." So while all the relatives talked, Poirot listened. And what he heard was a case of vicious murder!

Note: A movie, loosely based on this book, was made in the early 1960's, entitled "Murder at the Gallop" and some movie tie-in editions of the book carry this title on the cover. The story inside is, however, unchanged.