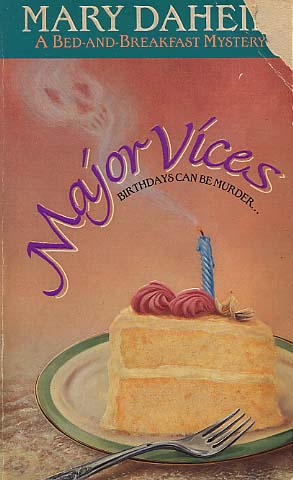 Though they'd rather be boiled in oil, Judith McMonigle Flynn and her cantankerous cousin Renie have agreed to cater a seventy-fifth birthday bash for their batty old Uncle Boo Major, the billionaire breakfast mush magnate. Luckily their culinary obligations keep them busy in the kitchen of the sprawling Major manor and away from most of their contemptible kin -- until the septuagenarian birthday boy is discovered deceased behind his locked den door. Someone slew Uncle Boo...but who? A plethora of last wills popping up all over the place makes virtually everybody a suspect -- Judith and Renie included. And that's forcing the cousins out on a limb, where they must attempt to pick the true culprit from among the many nuts on their twisted family tree.
Reviews from Goodreads.com