A Fit of Tempera — Mary Daheim 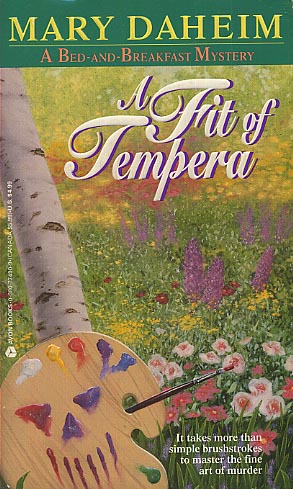 Pity poor Judith McMonigle Flynn! Taking a much-needed break from Hillside Manor, she and irrepressible cousin Renie have barely set foot in their family's backwoods vacation cottage--and already they're having a brush with the local law. It appears someone has painted their world-renowned neighbor, artist Riley Tobias, permanently out of the picture. And the artful killer has managed to frame Judith for the crime! But where there's still life, there's hope. And the plucky amateur sleuth is determined to find a murderer from the rogues' gallery of oily agents, malicious mistresses and crafty critics...before the cousins themselves fall victim to a second fatal art attack.