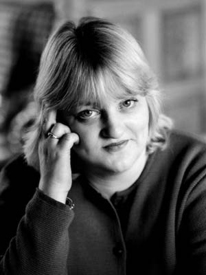 Lynne Graham was born on 30 July 1956 in Northern Ireland, of Irish-Scottish parentage. She met her future husband when she was 14, and they married after she completed a degree at Edinburgh University. They have five children, the eldest is a natural child, the two mediums are adopted from Sri Lanka, and a the two small from Guatemala. The family lives in a country house surrounded by a woodland garden, which is wonderfully private.

She started writing again when she was at home with her first child. It took several attempts before she sold her first book in 1987 and the delight of seeing that first book for sale in the local newsagents has never been forgotten. Now, there are over 10 million of her books in print worldwide. She often uses Mediterranean and South American settings, because she thinks the hot and sunny climates are more atmospheric. Today she is a bestselling Mills & Boon author with over 70 books written and sales of fifteen and a half million books worldwide.

Billionaires at the Altar


The Bride for a Billionaire


Brides for the Taking


Christmas with a Tycoon


The Legacies of Powerful Men


The Rich, the Ruthless and the Real


Once Upon a Temptation


One Night With Consequences


Surrender to the Sheikh