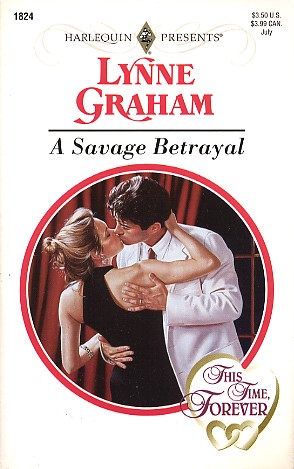 Once upon a time, Mina Carroll had fallen in love with her boss, Cesare Falcone, and into his bed - only to find herself dismissed by him as a gold-digging tramp.

But the story didn't end there: four years later, Mina and Cesare were reunited, and he discovered that she had kept the consequences of their one night of passion to herself.

Could there ever be a happy ending, now that Cesare had discovered Mina's betrayal? For Cesare, perhaps: he proposed, and Mina discovered that his offer of marriage was just a savage charade, designed to give their daughter a name and allow him to pursue his revenge at leisure?

THIS TIME, FOREVER
Reviews from Goodreads.com