Jewel in His Crown — Lynne Graham 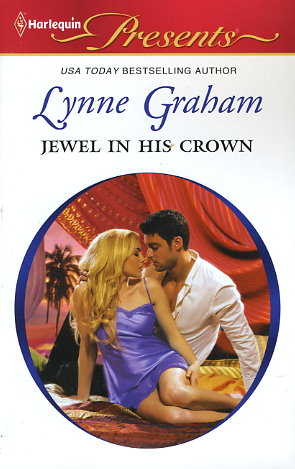 Share:
"A virtuous wife is worth more than rubies..."

Sheikh Prince Raja al-Somari knows that sacrificing his freedom for the good of his country isn't a choice; it's a duty. But he's going to have to use more pleasurable tactics to convince his new bride....

A day ago Ruby Sommerton was an ordinary girl, going to work and gossiping with her flatmate, now she's found out she's a princess and waits nervously in the bedroom of the Prince's desert palace!

Raja's new bride has a lot to learn about being a royal, most enticingly of all...how exhilarating nights with her new husband can be -- and that an heir is top of his agenda!