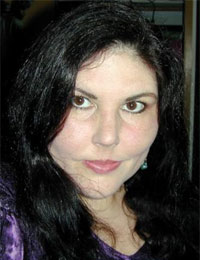 Katie MacAlister is an American author with a passion for mystery, a fascination with alpha males, and a deep love of history. She has worked as a bird skeleton cleaner, a wave machine solderer, a Fortran programmer, and a sales assistant for Harrod's. She lives with her husband and two dogs, and also writes for the young adult market as Katie Maxwell.