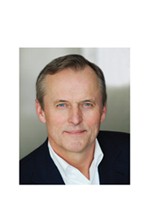 Before literature was acquainted with John Grisham, he practiced law at a small firm in Mississippi. He began writing as a hobby, which eventually turned into his first novel, A Time to Kill. Published in 1988, by Wynwood Press, it had a very modest first printing.

He began work on The Firm, which Paramount Pictures later bought the rights of. The Firm was the best-selling novel of 1991. After The Firm was published, he quickly gained notoriety for his legal thrillers, gaining a new publication of A Time to Kill. Grisham publishes a novel a year and he has over 275 million copies in print. Nine of his novels have become films including A Time to Kill and The Rainmaker. Grisham and his family split their time between Mississippi and Virginia.