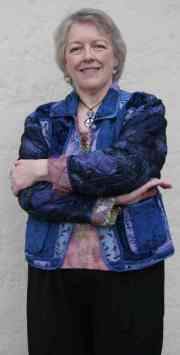 Mary Josephine Dunn was born on 22 September 1947 in Lancashire, England. She read history and American studies at Keele University in Staffordshire where she earned a degree in English history. She and her scientist husband, Ken Beverley, emigrated to Canada in 1976, where they raised two sons, but they returned to England to live in Yorkshire. Jo died on May 23, 2016, in Yorkshire with her husband Ken by her side.

As Jo Beverley, she was the author of over fifty romance novels which have brought her many awards, including five RITA awards from the Romance Writers of America and awards from Romantic Times including two Career Achievement awards. She was a member of the RWA Honor Roll, and the RWA Hall of Fame. She wrote historical romances set in her native England. Most of her published books are set in Georgian and Regency times, but she has written four medievals as well.

Jo Beverley passed away on May 23, 2016 after a long battle with cancer.