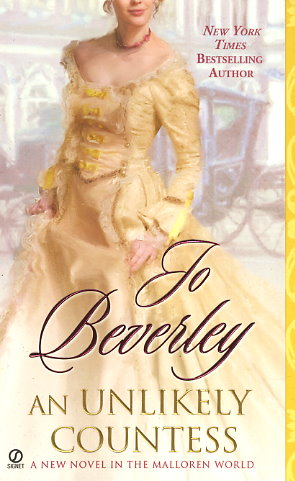 
After leaving the army and falling out with his family, Catesby Burgoyne is drowning his sorrows when he comes across a woman being attacked by thugs. A fight is just what he needs, but little does he realize that the lady he rescues will change his life.

Prudence Youlgrave is not just the victim of ruffians. Her life has been made a shambles by her selfish brother and her brutish fiance. But she has a bold and courageous spirit Catesby can't resist -- and before he knows it, he resuces her again by marrying her himself.

A reckless adventurer may be forgiven for such an impulse. But when Catesby's elder brother dies, he becomes the Earl of Malzard -- and Prudence is suddenly a most unlikely countess. Neither she nor Catesby is prepared to face the shock of his family. Still almost strangers, Prudence and Catesby have no one to turn to but each other -- and it is in each other's arms that they find a love neither ever expected.