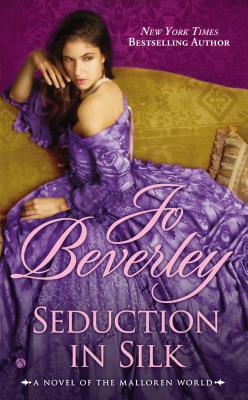 Peregrine Perriam, son of an earl, has no desire to marry, but when he's named heir to Perriam Manor, he finds he has only a month to persuade a stranger, Claris Mallow, to the altar or the property will be lost to his family forever, and his line will be cursed.

Having survived her parents' tormented marriage, Claris prefers poverty to any husband. When a high-born stranger demands her hand, she drives him off at pistol point.

Perry finds weapons of his own, however, and soon Claris is compelled to accept his proposal. But she does so on her own terms -- especially that the marriage be in name only. Once mistress of Perriam Manor, however, she discovers she isn't immune to Perry's charms. Perhaps a real marriage might be worth the risk -- including a real marriage bed...