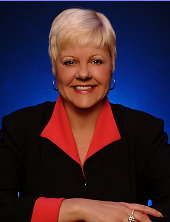 Carla Bracale grew up in a very small town in Kansas, USA. She was a Kansas City Chiefs cheerleader and local theater actress before she packed her bags and moved to New York City with dreams of becoming a dancer and actress. She got a job performing as a singer/dancer with a show band that traveled the East coast. During her touring, she met Frank Cassidy, her husband to be. After settling down into married life and starting a family, she remembered her childhood love of writing. She has always enjoyed reading, and she believes the only thing better than reading a good book is creating a good story.

Her first book, a young adult romance, was sold in 1988 under her maiden name. Her first adult romance was sold three years later under her married name. She wrote as Carla Cook. She is an award-winning author who has written more than 80 books. In 1995 she won Best Silhouette Romance of 1995 from Romantic Times Magazine for Anything for Danny. In 1998 she also won a Career Achievement Award from Romantic Times Magazine for Best Innovative Series, and her 1998 release, Pregnant With His Child, was both a nominee for Best Silhouette Romance from Romantic Times Magazine and a RITA nominee in the Best Traditional category. Carla lives in the US Midwest with her husband, their daugther and their dogs, Sabra and Spooky. She loves to order items she'll never use from catalogs and believes all exercise should be banned.


Scene of the Crime


Bodyguard of the Month


The Coltons of Wyoming


The Coltons of Oklahoma


The Coltons of Shadow Creek


The Coltons of Red Ridge


The Coltons: Return to Wyoming


A Cowboy for Every Mood


The Curse of Ravens Cliff

Secrets of a Pregnant Princess (Aug-2002)


A Tale of the Sea


Written in the Stars


A Year of Loving Dangerously