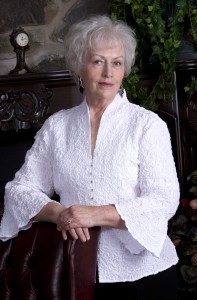 As a farmer's daughter, and then for many years a farmer's wife, Sharon Sala began writing because she hated her job, but it was the love of the craft that kept her writing. Her first attempts were stuffed under her bed to be forgotten in the hustle and bustle of life with a growing family. It wasn’t until the tragic losses of two close family members that she vowed to follow through on her earlier dreams of writing. She joined writers groups and attended conferences to learn the craft. In 1989, she was ready to write a full-length novel. That novel was Sara’s Angel, her first.

She has continued to write and delight her fans ever since. Her books repeatedly make the bestseller lists, including those of The New York Times, USA TODAY, Publishers Weekly, and the Waldenbooks mass market fiction list, and she's been nominated for a RITA® Award seven times. She claims that writing has changed her life, her world and her fate.