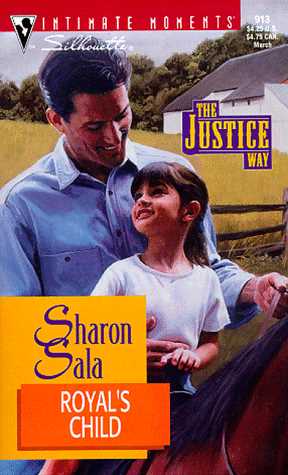 Five-year-old Maddie seemed to think so. But to her exasperated father, rancher Royal Justice, Angel Rojas--the beautiful hitchhiker who got into their car that stormy night--was nothing but an unwelcome distraction.

When infuriatingly handsome Royal opened his car door for on-the-run Angel that night, she thought of him--and his adorable daughter--as a temporary reprieve. But suddenly the comfort of a little girl's embrace--not to mention that of her rugged rancher father--felt like more than a makeshift shelter. Was she finally coming home?

THE JUSTICE WAY: Brothers Ryder, Roman and Royal -- they would do anything for each other and for the women they loved!