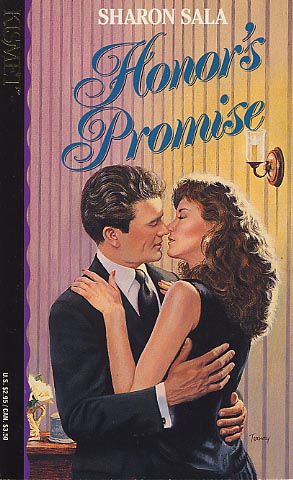 IN THE ARMS OF A STRANGER

For Honor O'Brien, home had always been Charlie's All-Night Truck Stop, where weary drivers were sure to find the best barbecue in west Texas served up with warm smiles from Honor and her mother Charlotte "Charlie" O'Brien. But with the recent death of her mother, Honor knew that Charlie's would never be quite the same. And despite the support of friends and neighbors, Honor couldn't imagine life without the spirited love of her mother.

When the grief was too much to bear, Honor hid between two huge rigs in the parking lot and burst into tears. A second later, Honor realized she wasn't alone. She was being watched by the dark brown eyes of a handsome man, a stranger who hesitated just a moment before pulling her into his arms and offering her the warm comfort of his embrace.

After the long trip from Colorado, Trace Logan couldn't believe his good fortune. He'd been sent here to find Honor O'Brien. And like magic, the long-legged beauty with a glorious black jumble of curls had fallen into his arms. He had found his woman. Now, if he could only get her back to Colorado without a struggle...
Reviews from Goodreads.com