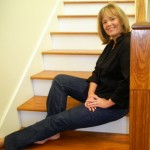 Award-winning novelist, Catherine Mann writes action-packed military suspense and steamy romances. She has over two million books in print and been a USA Today bestseller. She holds a Bachelor’s degree in Fine Arts and a Master’s degree in Theater. She is a former theater school director and university teacher.

Catherine and her flyboy husband have moved nine times in twenty years. For now, she lives on a sunny Florida beach with her husband and four children. Catherine and her family volunteer their time to animal rescue. They have fostered over fifty puppies and special needs dogs for their local shelter.


Diamonds in the Rough

Propositioned Into A Foreign Affair (May-2009)


Kings of the Boardroom


A Summer for Scandal

Winning It All: Pregnant with the Playboy's Baby (Aug-2010)


Texas Cattleman's Club: After the Storm