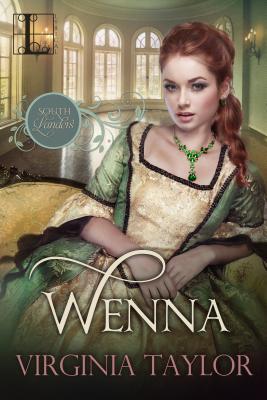 The lady's maid meets her match…

Wenna Chenoweth's future is secure, until dashing Devon Courtney's illicit flirtation gets her dismissed from her job as a lady's maid. With nowhere to turn, Wenna is forced to accept Devon's bold proposal: To be his bride. To enter society on the handsome aristocrat's arm. To give him the heir he requires. It's a foolproof plan. Except Wenna finds herself falling hard for a man who can never love her for who she is….

Wenna is passionate, mysterious, and ill-suited to the idle life of a society wife. She's also exactly the kind of woman who could endanger Devon's hopes to build his own future far from his family's influence. For the spirited beauty has embarked on an unthinkable plan of her own -- one that could lead him to surrender his resolve, and sacrifice everything he believes he holds dear….

Yet amid the wondrous landscape of colonial South Australia, anything is possible. Perhaps even love between two people the boundaries of society would keep apart….
Reviews from Goodreads.com