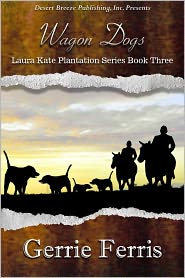 Share:
Engaged to charming Jack Rhodes, Laura Kate O'Connell, horsewoman and former reporter, finds herself mixed up in murder when she fills in for a missing hunting guide. While she figures out when to marry Jack, she must learn who among the list of suspects is a murderer. Is it a U.S. senator up for re-election, or the oil billionaire who is under investigation? What about the U.S. ambassador to several European countries, or the food network chef, or the popular radio talk show host?

Ambassador Bede Wickersham's hunting plantation, Beaver Ruin, is besieged at the gates by People United for Animals. He hosts the rich, famous and powerful at his hundred-thousand-dollar a week quail hunts. His second wife, Zoila, from Spain, and her younger brother bring their sizzling Spanish attitudes to the hunt. Lise, the ambassador's bed-hopping daughter brings her hatred for her father to the hunt, too.

With the help of a German Shorthair Pointer, Henk, Laura Kate goes after the murderer at the risk of her own life.