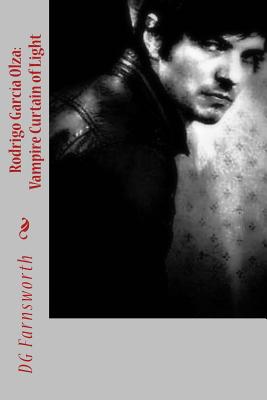 Share:
His deepest fear is desire. In what way are you afraid of your own power of longing? Are you ever unwilling to release the full force of your passion, concerned that it might drive you out of control or lead you awry? Has the original owner of Fallonside House property been a vampire for over a century? Who haunts Fallonside House? And why? Can Rodrigo, Triston, and Micah communicate with the dead through the ghostly, magical qualities of a mysterious cameo? Is the Smithsonian Institution hiding details of past archeological discoveries that would rock our present understanding of the past? Did they really take a barge full of unusual artifacts (related to American mummies/giants) into the Atlantic and dump them? Rodrigo, Triston, and Micah make startling cave discoveries, leading to the revelation of a rewriting of history. The three explorers find a secret in a secret room at Fallonside House. Subsequently, an adventure ensues where they discover hundreds of mummies in a cave on Kentucky property. Micah finds a cameo that lands in Rodrigo's hands, which completely alters their conception of a plethora of supernatural events outside this dimension. Vampire Rodrigo Garcia Olza wants to make sure at least one part of him always stays untamed, incapable of being categorized, and not enslaved by routine. He wants to remain intimately connected to all that is mysterious about his life. Rodrigo doesn't want to be involved in anything conventional: he is fascinated by the unusual, the unconventional, and wants to challenge limitations. Freedom dominates his desires. Since he is a bold spirit of experimentation, he wants to be unpredictable, eccentric, and controversial. Vampire Rodrigo wants to learn to know and be comfortable being his unique self. Vampires and consumptives are the living dead. Vampires offer a corporeal image for tuberculosis/consumption, lending shape to an unseen evil that slowly but surely drains away life. Consumption is often thought of as not a physical but a spiritual disease, an obsession, or visitation: as long as a dead consumptive relative's body shows blood still in its heart, it is proof enough that a supernatural or occult influence steals from it for death -- and is working to drain the blood of the living into the heart of the dead, resulting in a speedy decline. Vampires and tuberculosis are very much alike because both are consumptions -- each walking corpses. Pale skin, eyes sunken, a chest that's caved, even the blood dripping from the corner of the mouth: these make-up visual characteristics of a tuberculosis victim. How could consumption lead the rational human mind astray to confuse it with a vampire's existence? Accounts of vampire attacks correspond closely with the symptoms of consumption. Consumptives suffered at night mostly -- awakening coughing and in pain. At times they reported a heavy feeling, like someone had sat on their chest. With the progression of the disease, ulcers and cavities formed in the lungs and victims started coughing up blood, which lingered at the corners of their mouth and stained their bedclothes. When vampire hunters discovered liquid blood in a corpse's vital organs, they mistakenly thought that death was not complete -- that "liquid proclaims life." Burning the corpse sped-up the needed and irreversible process of dying. Burial prematurely has been proposed as a reason for the original belief in vampires. Vampire Rodrigo Garcia Olza wants his higher mind to eliminate the mystifying features of ignorant concepts of reality -- to experience the connection between the human mind, universal mind, and higher intelligence. Rodrigo wants to make sure at least one part of him always stays untamed, incapable of being categorized, and not enslaved by routine. Rodrigo Garcia Olza, the vampire, wants to remain intimately connected to all that is mysterious about his life. "Nothing changes until it's changed in everyone's memories." --poet Alice