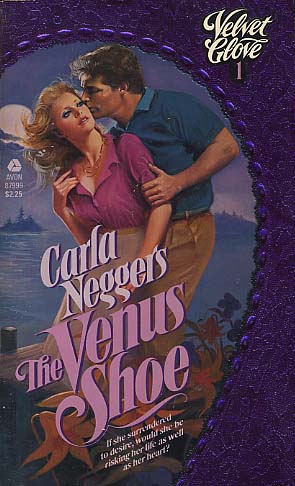 The quiet island where she used to pick blueberries with her father was as beautiful as ever. It was the first time since her parents died that Artemis Pendleton had been back to the great estate where she spent the happy days of childhood. Now she was alone with her memories.

But she wasn't alone. Just as Artemis was about to enjoy a relaxing swim in the cool lake water, she was startled to discover a man sleeping nearby. Even with his eyes closed, the stranger's rugged good looks stirred something within her. Artemis didn't believe his story about why he was trespassing on the private land, and her later discoveries should have made her more cautious.

Yet from the moment his lips touched hers, she was powerless to deny his insistent kisses. Everything told her she was playing a dangerous game with a man she knew nothing about, though the trembling over which she had no control was not from fear, but from desire.