The Traitors of Bosworth — Robert Farrington 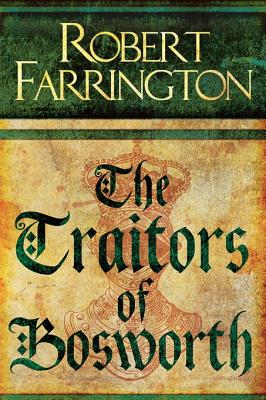 Share:
1487: Wars of the Roses are over, but for one man the battle burns on

The battle of Stoke Field is won. With the help of his spy and Richard III's one-time right-hand man Henry Morane, King Henry VII has quashed the rebels and now turns to the defence of the realm as England's spy network extends its fingers.

His life as ever, in the balance, Morane is sent to York, Bristol and Flanders by the King to thwart the threat of invasion, led secretly by Richard III's sister, Margaret, Duchess of Burgundy, while a full-scale rebellion brews at home.

But Morane has his own plans: revenge on those who betrayed him and Richard at the battle of Bosworth Field. Manipulating events to his ends, Morane will bring the wrath of God down on those who killed his master.

With the mystery of C.J. Sansom and the epic adventure of Conn Iggulden, Robert Farrington's thrilling novel concludes the series begun with The Killing of Richard III