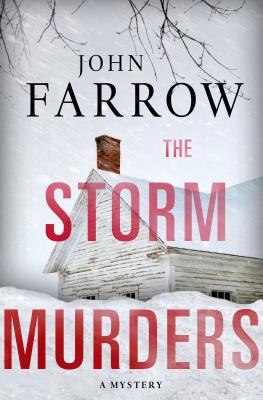 Share:
On the day after a massive blizzard, two policemen are called to an isolated farm house sitting all by itself in the middle of a pristine snow-blanketed field. Inside the lonely abode are two dead people. But there are no tracks in the snow leading either to the house or away. What happened here? Is this a murder/suicide case? Or will it turn into something much more sinister?

John Farrow is the pen name of Trevor Ferguson, a Canadian writer who has been named Canada's best novelist in both Books in Canada and the Toronto Star. This is the first of a trilogy he is writing for us called The Storm Murders trilogy. Each book features Emile Cinq-Mars, the Hercule Poirot of Canada, and extreme weather conditions.