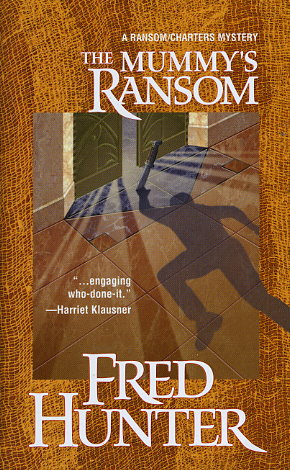 In a philanthropic push to sidestep his negative image as a destroyer of Chicago's famous landmarks, real estate mogul and Chilean expatriate Louie Dolores brings an exhibit of ancient Chinchorro mummies to his huge downtown skyscraper. But when a "mummy" comes to life and starts haunting the exhibit, Chicago detective Jeremy Ransom starts questioning those who might want to cause trouble.

With a man as hated as Dolores, there are many suspects to choose from, including Hector Gonzalez, the superstitious curator; Martita, Dolores's mysterious and beautiful wife; Bill Braverman, who "takes care" of his boss's less-than-legal affairs--and still others. When Dolores is brutally murdered by one of the wandering mummies, Ransom's street smarts--plus the keen insight of his trusted confidante, the elderly Emily Charters-lead him to a conclusion that lays bare a murderer in mummy's clothing.