The Killing of Richard the Third — Robert Farrington 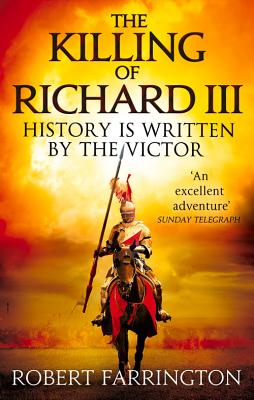 1483: King Edward IV dies, leaving two innocent young princes in line to the throne. But when scandal and conspiracy explodes around their claim, Richard of Gloucester is proclaimed king. Shortly after, the princes vanish, and storm clouds begin to gather around the newly crowned King Richard III.

Fighter, philanderer and royal spy Henry Morane is tasked with investigating the princes' disappearance, the attempted kidnap of the exiled Lancastrian leader Henry Tudor and the hunting out of traitors amid Richard's supporters.

And at the bloody battle of Bosworth Field, King Richard and Henry Morane will face a fatal trial that will dictate the path of history.

With the mystery of C.J. Sansom and the epic adventure of Conn Iggulden and Bernard Cornwell, Robert Farrington's thrilling novel brings to life King Richard III as we now know him