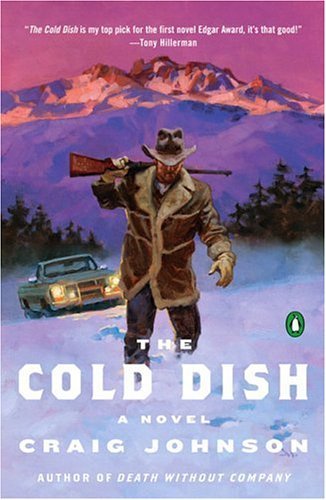 Introducing Wyoming's Sheriff Walt Longmire in this riveting novel from the New York Times bestselling author, the first in the Longmire mystery series

Fans of Ace Atkins, Nevada Barr and Robert B. Parker will love this outstanding first novel, in which New York Times bestselling author Craig Johnson introduces Sheriff Walt Longmire of Wyoming's Absaroka County. Johnson draws on his deep attachment to the American West to produce a literary mystery of stunning authenticity, and full of memorable characters. After twenty-five years as sheriff of Absaroka County, Walt Longmire's hopes of finishing out his tenure in peace are dashed when Cody Pritchard is found dead near the Northern Cheyenne Reservation. Two years earlier, Cody has been one of four high school boys given suspended sentences for raping a local Cheyenne girl. Somebody, it would seem, is seeking vengeance, and Longmire might be the only thing standing between the three remaining boys and a Sharps .45-70 rifle.
With lifelong friend Henry Standing Bear, Deputy Victoria Moretti, and a cast of characters both tragic and humorous enough to fill in the vast emptiness of the high plains, Walt Longmire attempts to see that revenge, a dish best served cold, is never served at all.
Reviews from Goodreads.com

Four high school boys lure a Native American student to a meeting and gang rape her. The woman, Melissa Little Bird, suffers from fetal alcohol syndrome and her reasoning powers are limited.

Two years later, the ring leader is shot dead in a rural field.
The sheriff, Walt Longmere is attempting to figure the killing out when another of the boys involved in the rape is also killed in the same manner as the previous boy.
Now the sheriff knows he's dealing with a revenge killing and wonders if he will be able to protect the other boys who were involved in the rape.

We follow the story with interesting characters and crisp dialogue. The setting is well described but some of the characters didn't ring true.

In particular, Walt, who is a grossly overweight boozhound living in a home he began building years ago but when his wife died, he stopped building. The home doesn't even have a door on the bathroom. In addition, Walt is a Viet Nam vet and must be in his sixties. With this background, his friend, Henry Standing Bear, is trying to fix him up and encourage him to begin dating again. We also learn that other women in town, inclucing a bright young police officer are attracted to Walt. I don't see the attraction and feel that the way he is described would turn most women completely off.

The conclusion is long coming and when it does, the actions of one of the central characters were directly opposite to the personality and description of this caracter up to that point.

All in all, there were many well done scenes and it is easy to see why this author has had success with his later novels. 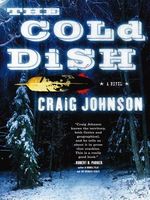